A few weeks ago I read Murder in Pigalle by Cara Black for an online book discussion at my local library. It’s time to write my review.

The Paris setting met and exceeded expectations. I was not surprised to learn that  author Cara Black actually tests the routes she writes about in the book. The details about places felt very real.

Aimée Leduc is half French and half American. In this novel she is expecting her first child and her relationship with its father is complicated, to say the least. I had never read a book with a pregnant protagonist before, especially a private detective. It adds an interesting dimension to the story.

The crime is heart wrenching and I really wanted Aimée to find the criminal.

Almost everyone in the discussion group commented on how difficult it was to remember the cast of characters. I finally had to write down a list of names and their roles to keep them straight. Part of the problem might have been that this is book #14 in the series and the author may have assumed we had read the earlier books and didn’t need to be introduced to recurring characters.  All I can say is that other authors have pulled this off much more successfully.

Don’t read any further if you want to read the book.

Although this book looks like a traditional mystery, it is set up more like a suspense novel. It was disappointing to find out that the perpetrator was briefly introduced on page 193, about two thirds the way through the book. He was not a major character and most of the members of the discussion group admitted that after he was revealed, they had to look back through the text to figure out who he even was.

Although I liked the Paris setting and the vivacious main character, the flaws in the novel make it unlikely that I will seek out any more of this series. 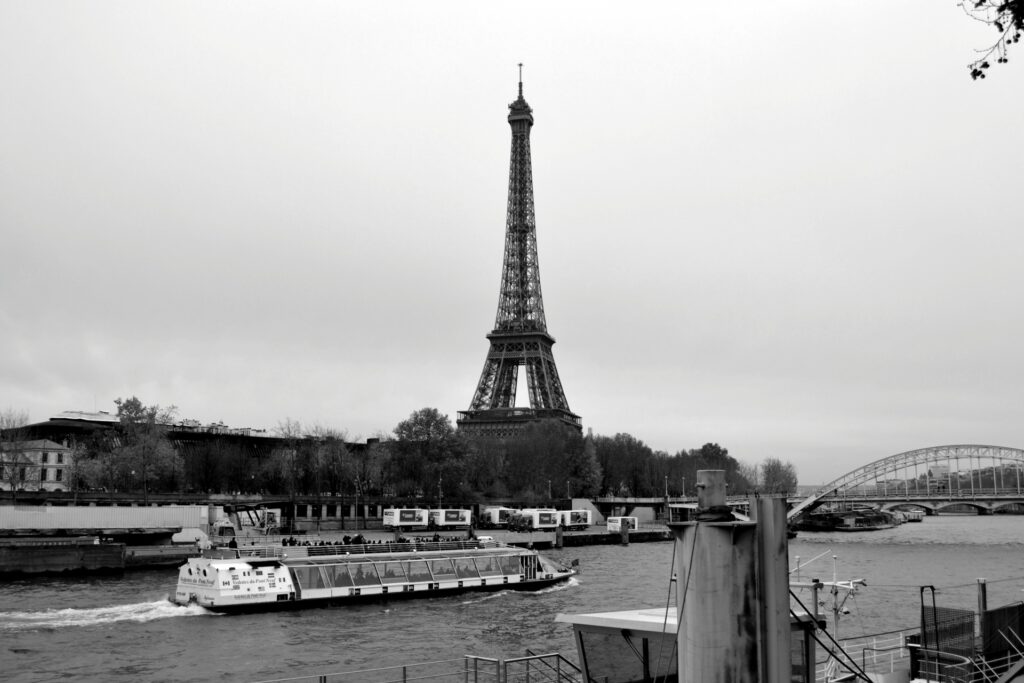 It has been way too long since I’ve been able to join  Book Beginnings on Fridays. Today I’m reading Murder in Pigalle by Cara Black for an online book discussion on Monday at my local library.

Stepping into the shadowed cool of Passage Verdeau, Aimée Leduc welcomed the reprieve from the late-June heat — but not the barrel of the Uzi blocking her way. Stifling a gasp, she clutched her stomach, felt a flutter,

I do. It gives a sense of the place, the person, and set a tone for the novel, all in a few words.

She had a little life stirring inside her. Part of her wondered what she would do to protect it. And it scared her.

I don’t think I’ve ever read a book with a pregnant protagonist, especially a private detective. It adds an interesting dimension to the story.