I have a strong love/hate relationship with Tana French’s novels. I love her writing, especially her pitch perfect dialogue and feel-like-you-are-right-there settings. On the other hand I hate her characters, who are often unreliable narrators sinking down on some sort of negative character arc. They are slippery and slimy, and leave me feeling dissatisfied. 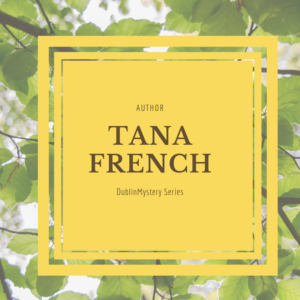 Although the Dublin Murder Squad books are loosely called a series, the main characters change from book to book.

In the Woods (2007) reviewed for The Bestseller Code challenge

In The Woods* by Tana French

The premise completely spoiled this one for me. It was so unrealistic that I couldn’t suspend my disbelief. Plus the undercover detective trapped in a house with a potential killer was more claustrophobic than chilling.

Yes, I disliked the book, but I keep picking up and reading more by this author.

Saw it on the shelf at the library and couldn’t leave it there. The main character, Toby Hennessy, proves that he’ll go along with shady dealings early in the book. After he sustains a severe beating and loses parts of his memory (another unreliable narrator!), he’s not at all sure what criminal acts he might have done in the past. Let’s just say his behavior slides downhill from there. Plus he loses his wonderful girlfriend, the only bright spot in the whole book.

On the other hand, the writing is superb. Stephen King describes French’s writing as “smooth, almost satiny prose.” Like ice cream, it is beyond delicious and addictive.

Which is why I picked up The Secret Place for my TBR pile this week. I just can’t help myself.