Ian Rankin was born in Scotland and lives in Edinburgh. 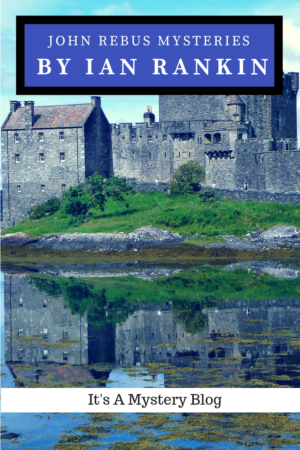 Ian Rankin was 25 years old when he wrote  Knots and Crosses. He did a magnificent job creating the older, grizzled character in John Rebus. The novels are riveting mysteries that are well-paced, with a nicely-detailed setting and have a believable plot. Rebus doesn’t solve everything alone, but is part of a team. Each novel involves some sort of puzzle as well.

There’s also a British TV series based on the Rebus books.

Malcom Fox is one of the “Complaints” or cops who investigate other cops.