Today’s review of February Fever by Jess Lourey is part of the reading challenge called Calendar of Crime 2020 hosted by Bev at My Reader’s Block. 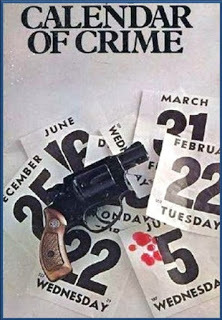 Summary:  In a sly nod to Agatha Christie’s Murder on the Orient Express, a trip to a conference for private investigators in Portland leaves Mira James trapped on a train with a murderer on board. It is soon apparent that some of the passengers are hiding their true identities. Will she be able to figure out who the killer is before someone else dies?

Check out my discussion of the first scene for Book Beginnings.

Lourey has a deft touch with character development. Her main character, Mira, is bright and curious with just the right amount of self effacement. Mira’s sidekick Mrs. Berns is a hoot.  Although she is impulsive and spews one liners, she’s also believable and her quirks are never too much over the top. You probably know someone like her.

The plotting/pacing of the novel isn’t quite as strong, or perhaps just didn’t conform to mystery norms. For example, typically with a mystery, the crime is often revealed near the beginning of the book. In this novel, the story had moved along before the mysterious death. I got so hooked on the characters, however, I was willing to plow through the slower, longer-than-expected set up.

Even though I picked this novel purely because it had February in the title and it fit the challenge criteria, I enjoyed it immensely. I am going to find the rest of the series, and — although this worked perfectly as a stand alone — I’m going to start with the first, May Day.  Maybe that will be my challenge book for May.

In the video below Jessica Lourey reveals why she started writing these novels (be prepared, it is heart wrenching), and encourages others to write as well.  She calls it using fiction to rewrite your life.  Wow. Well worth the few minutes to watch.

This amazing story is already way more than I expected to get out of the reading challenge. 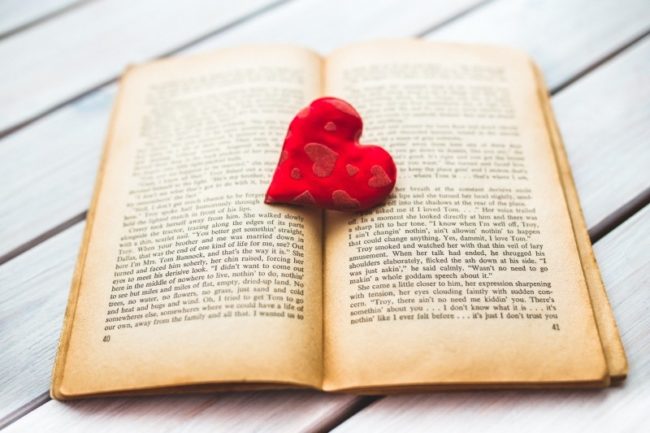 Calendar of Crime 2020: Jeopardy in January

Today’s review is part of the reading challenge called Calendar of Crime 2020 hosted by Bev at My Reader’s Block.

Category:  I chose a mystery with the month in the title.

Summary:  As the head of the Calendar Public Library, Sara Cutler is fighting to keep the lovely old building from being torn down by a real estate developer named Jason Rees. When she discovers her assistant dead in the rare books section, handsome Rees is on hand to keep Sara safe. Soon Sara’s life becomes complicated as she must solve the mystery of her assistant’s double life, save the library, and figure out what to do about Rees.

At times I’ve been known to compare a book to food. In this case, I was looking for something light, such as the cozy mystery version of a salad. Jeopardy in January turned out to be a salad, but one of those iceberg lettuce versions you get in diners sometimes, the ones with a few hard, tasteless tomato wedges and perhaps a carrot shred or two. It is a salad, but you are disappointed the creator didn’t put in a tiny bit more effort, like adding some new ingredients or at least better lettuce.

In Jeopardy in January we are offered two men who serve as both love interest and potential killer. Two.  No red herrings, no non-love interest bad guys, no bad women, just those two.  That pretty much takes the joy out of the mystery.

I also expected a head librarian to talk about books once in awhile. Granted, she’s upset about the library being threatened and her assistant being killed, but when the readership is filled with book nerds, throw them a bone. Or because we’re doing salad, a bit of cucumber at least.

There are a few other things I noticed, but perhaps I’m being too harsh. On the whole the main character, Sara, was spunky and resourceful, plus the small town setting sounded delightful.  So, let’s say I was actually in the mood for coleslaw instead of a salad. Either that, or this review is sour grapes because I really wanted the harried police detective to get the girl in the end. 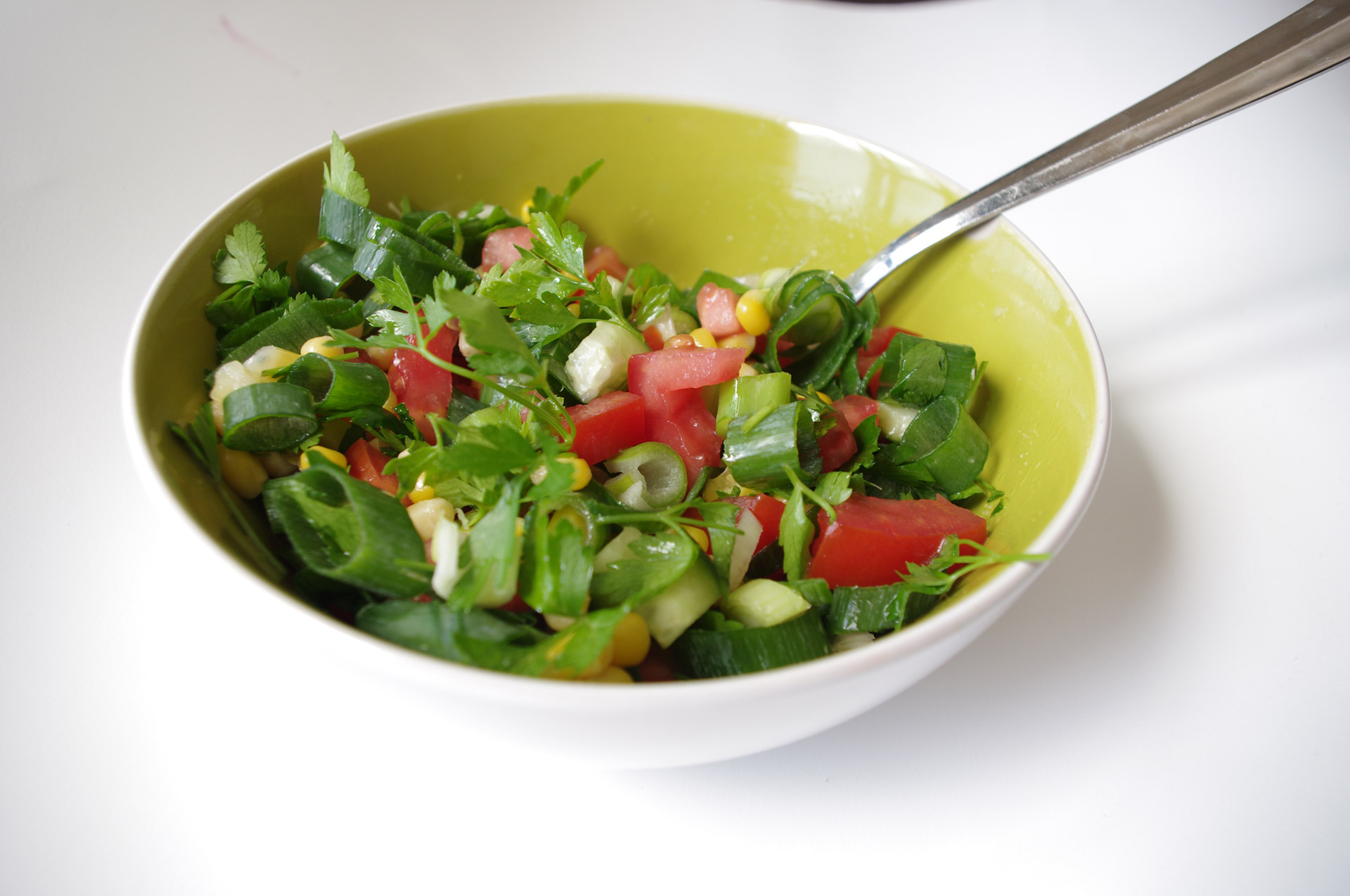 Let’s take a look at Jeopardy in January by Camilla Chafer for Book Beginnings on Fridays.

Summary:  As the head of the Calendar Public Library, Sara Cutler is fighting to keep the building from being torn down by a real estate developer named Jason Rees. When she discovers her assistant dead in the rare books section, handsome Rees is on hand to keep Sara safe. Soon Sara’s life becomes complicated as she must solve the mystery of her assistant’s double life, save the library, and figure out what to do about Rees. 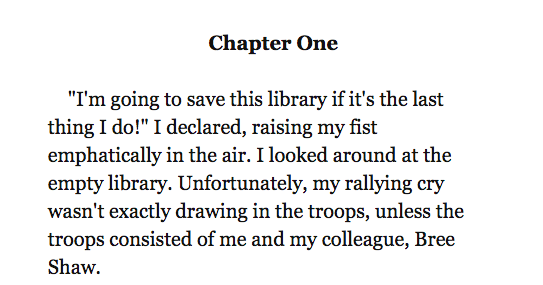 I love novels set in libraries, but after reading this first paragraph I have to admit I was a bit disappointed.  The protagonist sounds young and immature rather than what I would expect for a head librarian. Hopefully it gets better.

This novel is part of the Calendar of Crime 2020 challenge. 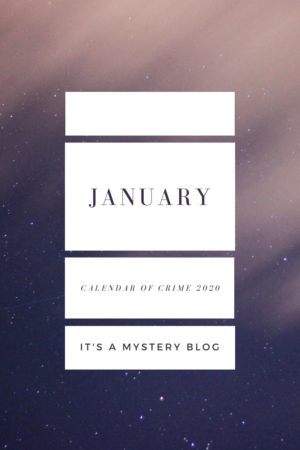 Thanks to Margaret at BooksPlease, I just found about an intriguing reading challenge called Calendar of Crime 2020  hosted by Bev at My Reader’s Block.  This year’s Calendar of Crime runs from January 1, 2020 to December 31, 2020.

Check out the calendar of categories on the sign-up page, choose a mystery novel that fits one of the categories listed (each month has 9 different choices), read it, post a review and then link to that month’s  post.  You can choose any book under the “mystery” genre (from spy thriller to true crime to cozy) and there are no restrictions on publication date.

For example, one of the choices for January is to find a mystery with January in the title.  Let’s see what comes up in a search:

1. Jane Doe January: My Twenty-Year Search for Truth and Justice by Emily Winslow is a true crime memoir by the victim of a serial rapist.

2.  The Door to January by Gillian French was a 2018 Bram Stoker Award Nominee for Superior Achievement in a Young Adult Novel. Looks like it is a paranormal thriller?

I think I might keep looking for my choice this month, but you get the idea.

If you pick one category per month, you will read 12 new mysteries by the end of the year. Or you can pick two or three categories each month. Margaret read 42 novels for this challenge last year!

Hope you decide to join us! It should be fun.