Over the weekend I attended a fabulous writing panel discussion with prolific mystery authors Donis Casey, Vicki Delany, and Ann Parker. All three women have books published by Poisoned Pen Press, which is a local Arizona publisher that specializes in mysteries. Donis Casey and Vicki Delany post at the collective mystery author’s blog, Type M for Murder.

The women talked about many different aspects of writing mystery novels. It was interesting that both Donis and Ann, who write historical mysteries, say they write in spurts (often motivated by a deadline.) Donis writes in the afternoon and Ann at night after work. In contrast, Vicki said she writes every day when she’s at home, starting at 9:00 a.m. She doesn’t write, however, when she travels. They all admit that their schedules have changed during different stages of their lives.

All three suggested new writers make an effort to attend writing classes, conferences, and critique groups. They agreed that they benefited not only from what they learned, but also from the opportunities to network. Great advice!

After the discussion, they all signed their books and we got to talk to each author individually. It was a lovely afternoon

Donis Casey writes a historical mystery series (Alafair Tucker Mysteries) set in Oklahoma in the early 1900s. Her main character has 10 children. Donis reported that she intended write 10 books in the series, each featuring one of the children more prominently. Her tenth book, Forty Dead Men, came out in February.  We’ll be excited to see what she decides to do next.

Her most recent title is a cozy, The Cat of the Baskervilles: A Sherlock Holmes Bookshop Mystery (February 2018)

Because I’m interested in police procedural novels, I chose the first in her Constable Molly Smith series, In the Shadow of the Glacier (2008).

Set in the fictional town of Trafalgar, British Columbia, the novel features newly-hired Constable Molly Smith and veteran Detective Sargant John Winters as they investigate the murder of a prominent businessman.

I have to admit that I came home from the event and basically devoured the book in one sitting. I will look for more titles in this series.

Author Ann Parker has a day job as a science writer, yet she has managed to write Silver Rush Mysteries set in Leadville, Colorado during the Silver Rush of the 1880s. In her sixth of the series, A Dying Note (April 2018), her main character Inez decided to move to San Francisco. Ann says it surprised her, too.

Have you read any novels by these prolific authors? What did you think? 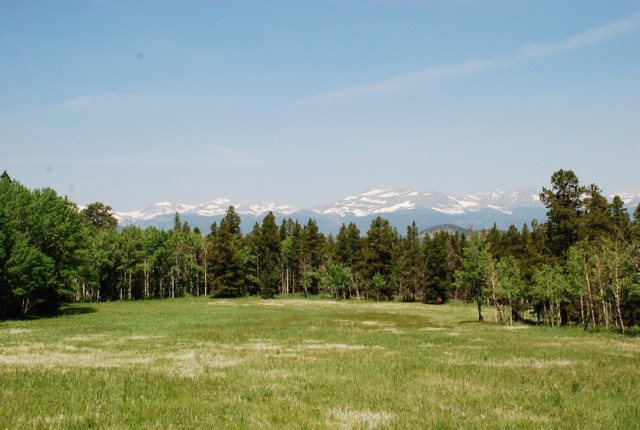