#BestsellerCode100: Writer’s Analysis of The Art of Racing in the Rain

Let’s take a look at The Art of Racing in the Rain by Garth Stein from a writer’s perspective. The discussion began here.

The Art of Racing in the Rain by Garth Stein

Plot of The Art of Racing in the Rain

Literary fiction rarely unfolds in strict chronological order. In this case most of the story is an extended flashback as the narrator remembers his life. The very last section flashes forward into the future, which is a bit of a stretch because he is no longer available to tell the story.

The story is told in the first person from a dog’s point of view.  The narrator is Enzo, a lab-terrier mix, who lives with race car driver Denny Swift, Denny’s wife Eve, and daughter Zoë.

Having a dog for a narrator has advantages and disadvantages. On the plus side, the author doesn’t have to delve as deeply into his human characters. For example, if Denny was the narrator the reader might expect to sit in the car as he races around the track. Because he isn’t the narrator, the reader gets the TV-viewing dog’s analysis of events instead.

The story is set in Seattle, but we don’t get a strong feeling of setting because of the limitations of a dog narrator. It might have been informative if the author had described what Seattle smells and sounds like from a dog’s perspective. 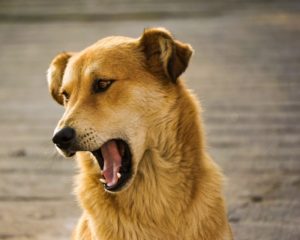 As a work of literary fiction, The Art of Racing in the Rain has deeper themes and symbolism than a genre fiction title might have. One of the symbols is the toy zebra who runs amok in a surrealistic scene. He symbolizes what can go wrong in life, and possibly helps with foreshadowing.

There is a strong theme of death and dying, and both Eve and Enzo die before the end of the book. There is an emphasis on Enzo’s idea of reincarnation and that death is a step towards becoming human.

On the other hand, it is also about love and relationships, particularly the unbreakable bonds between Denny and Enzo, Denny and his wife Eve, and Denny and his daughter Zoë.

Because Enzo could only report what he witnessed, it had the effect of distancing the reader from emotional lives of the human characters. Some readers don’t find that troubling and report crying in all the appropriate tissue-wringing spots. Other readers see the gap between dog’s reporting and what the people are feeling as too artificial. In fact, the author may have added the long stretch of tear-inducing bad luck to counteract the emotional insulation of having a dog narrator.

I think we’ve all known people who’ve had more than their share of misfortunes, such as multiple deaths in their families, economic troubles, etc. That said, the string of bad luck Denny endures seemed unbelievable at best and blatant manipulation of the reader’s feelings at the worst. This isn’t the first time I’ve felt manipulated by literary fiction (see my discussion of Olive Kitteridge, for example), which may be why I don’t enjoy it as much.

Have you read The Art of Racing in the Rain by Garth Stein? We’d love to hear your thoughts.