#BestsellerCode100: Writer’s Review of The Marriage Bargain by Jennifer Probst

Let’s take a look at our latest book from The Bestseller Code Challenge,  The Marriage Bargain by Jennifer Probst, from a writer’s perspective. (The discussion began here).

The Marriage Bargain by Jennifer Probst

Summary:  Alexa Maria McKenzie needs money badly. Billionaire Nicholas Ryan has to have a wife right away. She is his sister’s childhood friend, so getting married as a business arrangement seems the best solution.

The Marriage Bargain has the smallest cast of characters of any of the books we’ve read so far. The main character is Alexa Maria McKenzie, a young woman who owns and runs a bookstore. She wants to help her parents keep their home by giving them money, but she doesn’t have any to spare.

The male lead is Nicholas (Nick) Ryan, whose uncle left him a business with the caveat that he get married right away or he won’t inherit. He is willing to marry someone as part of a business arrangement, with the idea that the wife will get a certain amount of money and the marriage will dissolve in a year.  He has a girlfriend, Gabriella, but for some reason he’d rather marry Alexa, who he hasn’t seen in years. Gabriella’s main role seems to be to make Alexa jealous.

Nick’s sister, Maggie Ryan, has been Alexa’s best friend since childhood. Michael Conte is a businessman whose main role is to make Nick jealous. Add in her parents and his father, Jed, and that’s about it.

The story is narrated alternately by Alexa and Nick in tight third person point of view. 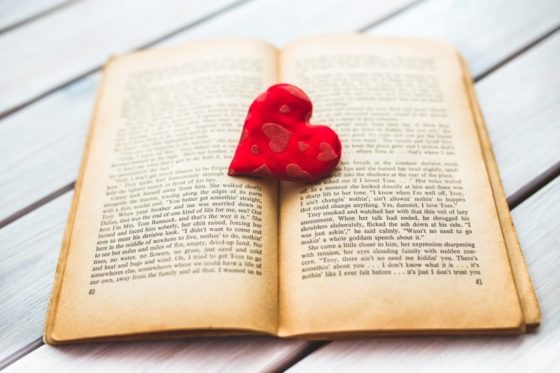 This novel could have been set anywhere, but the author describes it as “a trendy upstate New York college town.”

Romances tend to follow certain formulas, and this one has tropes* galore. The irreverent TVTropes website Romance Novel Tropes page has an extensive list of the different types, and some of the obvious ones in this book are Marriage of Convenience, First Love,  Will They or Won’t They, and of course, Happily Ever After. As a writer, I did love how Probst prolonged the “unresolved sexual tension” by having the police show up in one scene. I’m working on a mystery novel where I’m stewing my brains to come up with believable scenarios to keep two characters from becoming involved. I have to admit I didn’t think of having the police arrive at a crucial moment.

Regardless of the tropes, the voice in The Marriage Bargain is fresh and enjoyable. The novel is an easy read, and I was able to finish in essentially one sitting.  I like that it doesn’t take itself too seriously and the main character isn’t prone to angst. She takes her knocks, gets up, and keeps going.

For Readers:  The Marriage Bargain is the first in a series. If you are a fan of romance novels, particularly romance with a bit of heat, then you might want to give them a try.

For Writers:  Jennifer Probst also has nonfiction book, Write Naked: A Bestseller’s Secrets to Writing Romance & Navigating the Path to Success. And if you have a minute,  she has a funny story about her writing muse on her blog. Writers will totally relate to her experience.

(*A trope is a writing device or construct that readers readily recognize. You can think of tropes as shorthand storytelling devices, but they also might qualify as clichés. )

Have you read The Marriage Bargain by Jennifer Probst? We’d love to hear your thoughts.