Over the recent holiday I read the second and third Ruth Galloway Mysteries by Elly Griffiths. See the author post for more information about the series.

In The Janus Stone, construction workers uncover the bones of a child buried under the foundation of a structure. Ruth Galloway investigates and figures out the death is decades old, not centuries old. She and Detective Nelson search for the previous owners of the house and the child’s identity.

Number 3. The House at Sea’s End by Elly Griffiths

When workers recording beach erosion uncover a mass grave, it is Ruth Galloway’s job to figure out how six men ended up bound, shot and buried there.

Both books feature the things that attracted me to the first novel, the compelling characters, the Norfolk setting, and the use of the present tense to give the action an immediate feel.

Although I enjoyed the second novel, there was some repetition of plot from the first.

By the third novel, however, the plot became a clone of the previous one, even though the victims were very different and the main character’s circumstances had changed drastically. In the climax scene, Ruth Galloway trudged  off to get captured by the villain on a boat, exactly like what happened in the second novel.  Once again Detective Nelson throws himself into the water to rescue her, but instead endangers himself, again the same scenario as the second novel.

I was particularly disappointed when Ruth Galloway chose to go off to meet the villain, when she had a compelling reason to go home to be with her child. The boat wasn’t that exciting a find, and to leave her child after her friend had just chided her for being an inattentive mother seemed weak and self-centered. 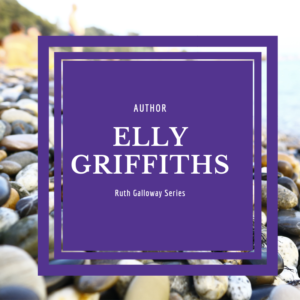