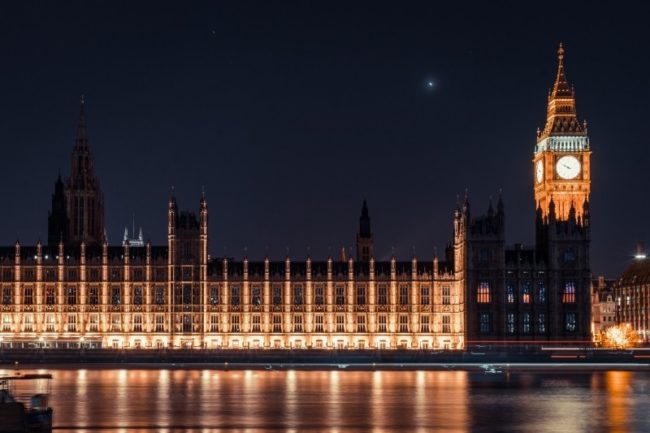 One Day by David Nicholls is next on our 100 Bestsellers List reading challenge.  You can read Roberta’s kick-off description here.

One Day follows the lives of Dexter Mayhew and Emma Morley over the course of about twenty years, beginning July 15, 1988, the day they both graduate from university.  In the opening scene, they are lying in bed together, discussing the future and what they see for themselves now that college is over.  Even though they seem to have little in common and their lives take divergent paths, “Dex” and “Em” maintain a connection that is revealed as each subsequent chapter covers the events on the same date each year, July 15th.

It was interesting to read this book right after Olive Kitteridge.

In Olive Kitteridge, the main character, Olive, is revealed through her interactions with others and her own inner thoughts.  Each chapter introduces new characters and settings that in some way impact Olive, an ungainly and cranky woman who has difficulty finding her place within her community and difficulty connecting on an intimate, emotional level with those closest to her, including her own husband and son.  It’s only at the very end of the book that Olive realizes she has let opportunities for intimacy pass by and decides she doesn’t want to be alone anymore.  Unfortunately, I never really connected with Olive and thus didn’t really care at the end what her self-revelations were.

In One Day, we learn about Dexter and Emma through their own thoughts and actions and their interplay with each other in each chapter.  In the very first chapter, where their relationship begins with what Dexter intended to be a one-night stand, we see their short-comings, their fears, their loneliness.  For the most part, they already know who they are.  Throughout the book we see how they navigate adulthood and try to follow their dreams.  We follow the ups and downs of their relationship and wonder if they will ever admit to each other the true depth of their feelings.

I was able to connect with Dexter and Emma.  Their uncertainties, their dreams, their actions, all seemed believable.  I’ve felt them; I know friends and relatives that have done and acted similarly.  What wasn’t clear to me, and wasn’t revealed until the very end of the book, is why their bond formed on that very first day.  Exactly what did Emma see in Dexter that led her to hang on to their friendship through the difficult times (although she did ultimately break off communications for a couple of years).  Those last chapters in the book revealed new depths to Dexter, depths we might not have believed if we had seen them at the beginning of the book, given his subsequent actions.

I really liked One Day and thought it was the book that Olive Kitteridge wanted to be.

Both Olive Kitteridge and One Day were made into movies and I’m looking forward to watching both and comparing the movies to the books.  Have you read the books?  Seen the movies?  Tell me what you thought of either, or both!

What did you think of One Day? We’d love to hear your thoughts!

The next book is number 91 on the list, The Horse Whisperer by Nicholas Evans (1995) – Discussion begins March 13, 2017.  This books is classified as Literary Fiction.

Time to start the discussion of our next novel from The Bestseller Code 100 list, One Day by David Nicholls

Summary: Starting on July 15, 1988 and running through July 15, 2006, the story reveals how Dexter and Emma’s relationship progresses on one day each year, July 15.

One Day was also made into a movie. 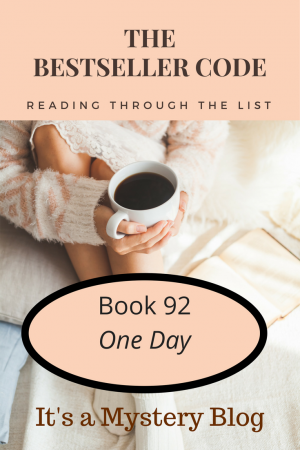 Have you read One Day? Watched the movie? We’d love to hear your thoughts!

Have you written about One Day? Feel free to add a link to your review here.

#BookBeginnings One Day by David Nicholls

Today we’re highlighting a novel originally published in 2010, One Day by David Nicholls, for Book Beginnings on Fridays.

Book Beginnings is a fun meme hosted by Rose City Reader blog. To participate, share the first sentence or so of a novel you are reading and your thoughts about it. When you’re done, add your URL to the Book Beginnings page linked above. Hope to see you there!

Summary:  Starting on July 15, 1988 and running through July 15, 2006, the story unfolds by revealing how Dexter and Emma’s relationship progresses on one day each year, July 15.

Of course they made it into a movie.

Note:  We’re reading this book next for The Bestseller Code 100 challenge.

‘I suppose the important thing is to make some sort of difference,’ she said. ‘You know, actually change something.’

Does anyone know why the author uses single quotation marks for the dialogue? I looked and it seems to be carried throughout the book.