Let’s take a look at Little Bee by Chris Cleave from a writer’s perspective.  Discussion of this novel began here.

Summary:  The novel explores the relationship between a young Nigerian illegal immigrant and recently widowed suburban Londoner.  Although this book was first published in 2008 (as The Other Hand), it is still relevant today.

Writers often ask how a novel is structured or plotted.  Does the author tell the story in three acts, as a hero’s journey, or use some other structure? Does the writer spin out the story chronologically or through flashbacks?

In Little Bee, Cleave uses a convoluted series of flashbacks to tell the main story. It unfolds in overlapping layers, like the author sliced through the bulb of an onion without knowing exactly which layer would be revealed at any given moment. When someone without training or practice tells a story they often circle around, backtrack, etc. instead of telling it straight through. By starting in the middle of events and revealing the beginning through glimpses of backstory, the author makes the whole thing seem like it is being told by a real person. It becomes more personal and also more believable.

Unlike our last book, which had a plethora of characters, Cleave concentrates on two women. Little Bee is the alias of a young woman from Nigeria who has come to Britain illegally.  Sarah O’Rouke/Summers is a recently-widowed young mother who works on a magazine. The story alternates between their two points of view.

Generally writers stick to one point of view during a scene so they don’t confuse their readers. In one critical section Cleave flaunts that rule by changing point of view without warning. Instead of having one character fade, he simply changes perspective from one sentence to the next. It’s a bold move, but it emphasizes how the story is both their stories.

Author Chris Cleave is a white male journalist, but he is able to make his two female main characters — one of whom is black — sound realistic by giving them  different voices. Other characters have distinctive voices, as well.

In this scene Little Bee is talking with another refugee. Notice how formal Little Bee’s English is.

“Mi name is Yevette. From Jamaica, zeen. You useful, darlin. What they call yu?”
“My name is Little Bee.”
“What kinda name yu call dat?”
“It is my name.”
“What kind of place yu come from, dey go roun callin little gals de names of insects?”
“Nigeria.”

One reviewer said Sarah’s voice was less believable because she sounded masculine, implying that Cleave let his own voice creep in. I disagree. It seemed to me that Sarah sounded grief-stricken instead. She was trying to keep her emotions in check, but she had been knocked off her feet by her husband’s death.  She sounded bottled up.

What did you think of Sarah’s voice as a character? What about Little Bee’s? 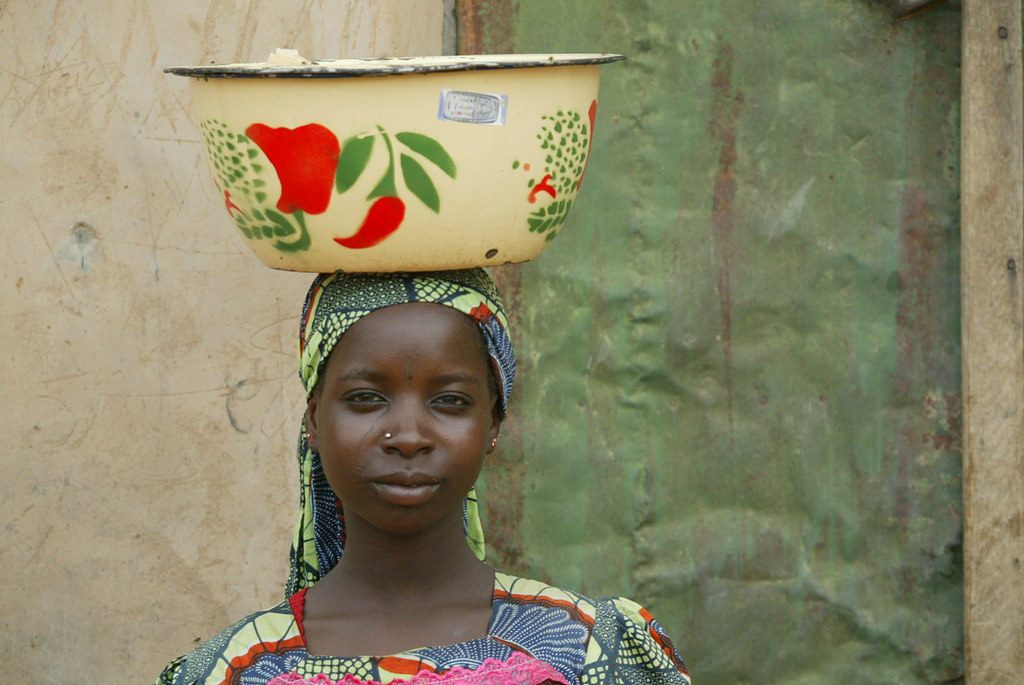 The book is set in England, primarily a suburb of London, and also Nigeria. Cleave has a deft touch with setting, giving the reader a feeling of place without too many overwhelming details.

When Little Bee leaves the detention center after two years, she sees:

The English countryside stretched away to the horizon. Soft mist was hanging in the valleys, and the tops of the low hills were gold in the morning sun, and I smiled because the whole world was fresh and new and bright.

Little Bee is considered to be literary fiction so, as we would expect, it has strongly-developed themes. The central theme of this book is the experiences of illegal immigrants.  It explores why immigrants come to England and how they are treated. It also explores relationships.

Once again, this book is completely unlike the others we have read to this point. It has a limited cast of characters. In contrast to the previous books, it is difficult to read in places because of the extreme emotional impact of the words. The plot is layered like an onion, and also like an onion, it might make you cry.

What did you think of Little Bee?