#BestsellerCode100: A Writer’s Review of The Last Child

Let’s take a look at The Last Child by John Hart from a writer’s perspective. (The discussion began here).

The Last Child* by John Hart

Summary:  Johnny Merrimon’s twin sister disappeared a year ago when she was seen being dragged into a van. Now everyone seems to think she’s dead. Thirteen-year-old Johnny can’t give up on her, though, so he decides to start a search of his own. Will he be able to figure out what happened to her without becoming a victim himself?

John Hart has made some incredibly interesting choices regarding characters in The Last Child. His protagonist is a thirteen-year-old boy named Johnny Merrimon, even though a teenage protagonist  is unusual for a novel intended for adults. The antagonist is a rich bully named Ken Holloway who is abusing Johnny’s mother. She would probably be best described as an impact character. Johnny’s sidekick is a boy his age, Jack Cross.

This book is an excellent example of how to write a contagonist. If you are not familiar with the term, a contagonist is a character who is on the protagonist’s side, but often gets in the way or meddles preventing the protagonist from easily reaching his or her goal. Reading the blurb on the back, you might assume Detective Clyde Hunt will mentor Johnny during his search for his missing sister. That is not the case. Instead his well-intentioned interference leads Johnny to go underground and to take bigger risks.

What did you think of the teenage protagonist? Would an older protagonist have worked as well?

The author’s strength in this novel is his descriptions. I love how the dialogue flows with, between, and around the action.

At twenty-five minutes after six, Hunt’s phone rang. It was his son. Hunt recognized the number and flinched. With all that was going on he’d not thought of the boy. Not even once. “Hello, Allen.”
“You didn’t come home”
Hunt moved back onto the porch. He looked at the flat, gray sky, pictured his son’s face. “I know,” he said. “I’m sorry.”
“You coming home for breakfast?”
Hunt’s guilt intensified. The kid was trying to make things right between them. “I can’t. 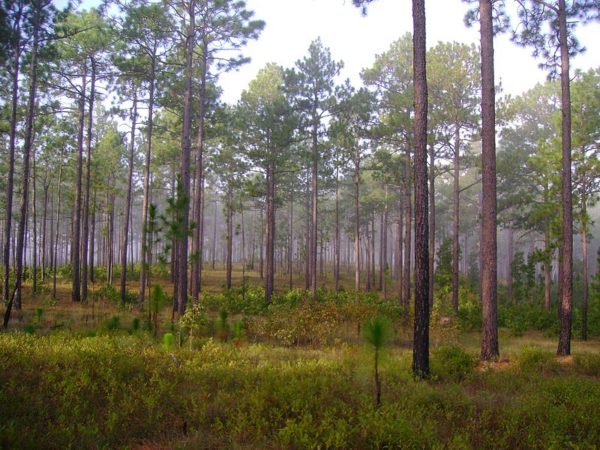 The Last Child is set in the Sandhills region of southeastern North Carolina. The setting plays a big part in this book, and the descriptions are rich and active.

The trail bent to the high ground and Levi used his free hand to pull on roots and saplings to get him up the slick clay. He dug in the edges of his shoes for traction. When he reached the high, flat stretch, he stopped to catch his breath; and when he started again, the river lights winked out behind the willows and the ash, the sweet gums and the long-fingered pines.

3. Themes in The Last Child

Because this is a genre thriller, we might not expect the themes to be as well developed as we might find in literary fiction. Once again, John Hart surprises us. Interwoven is a very strong theme of faith.  When his sister first went missing, Johnny prayed for three things. When those things didn’t seem to be realized, he explored alternatives, even at the risk of alienating his friends and family.

Johnny looked at his friend, and knew, without a doubt, that Jack could never understand Johnny’s desperate need to believe in something more powerful than his own two hands.

As said previously, the authors voice is like the salad dressing on the salad because it adds flavor. John Hart’s voice is rich and savory. It is distinctive, yet at the same time easy to read. In fact, it reminds me of rolling hills, lilting up and gliding down. Or gentle waves, spilling over and coursing on and on.

From a writer’s perspective, John Hart uses tools from the writer’s toolbox in some innovative ways. He offers many things to study and emulate.

I want to read more books by John Hart.

What about you? What are your thoughts?