For our NaNoWriMo (National Novel Writing Month) prep series, we are drilling into each of the components of scenes:  description, action, dialogue, and thoughts/feelings. Today is action.

Action Is All About Verbs

The action part of a scene occurs when someone or something acts. They do something. It is all about verbs.

Action doesn’t imply, however, that your characters must be fighting, kicking, or running. They can drop a spoon, pet a dog, or kiss. That’s action, too.

I have a huge pet peeve about how writers talk about verbs. I cringe when I hear people who should know better say you should use “active” verbs and not “passive” verbs when they really mean “strong” versus “weak” verbs.

Why is calling verbs active and passive incorrect?

There is actually a case when active/passive is correct. In grammar, active and passive have specific meanings. If you do something, that is active voice. If something is done to you (by someone else), that is passive voice.

Although passive voice does have its place, your main character should be as active as possible.

When is active/passive incorrectly applied?  The meaning gets stretched when it is applied to any verb with a “to be” form and -ing ending.

Those verbs are not active and passive, but instead reflect the time when the actions occurred. Those verb forms are called tenses.

When the action is ongoing for a length of time, we use a “to be” verb plus -ing ending:   It is happening today.

My suggestion is that we call these verbs strong/weak instead. Whenever you use a “to be” verb or a “to be” verb plus -ing ending, that will be called weak.

Sometimes you need to use the “weak” verbs to be precise about the timing of events and that is perfectly okay. Avoid, however, overusing them throughout a scene when the stronger forms of the verb will work.

Exercise:  Write a paragraph reflecting action. Check your verbs to see if you can make them stronger. Also, look for synonyms that may make your verbs more precise.

A collision had snarled traffic on the freeway, making Neri Clausen more than twenty minutes late on her first day as a deputy U.S. Marshal. As she dashed toward the Federal Building in downtown Dallas, something squished under her shoe. No time to assess the damage. She sprinted across the street, through the glass doors, and headed for security. After she skidded to a halt behind the man with the enormous white cowboy hat waiting to pass through the metal detector, a bad odor assaulted her. Dog feces. A brown smear encircled her mirror-polished black Chelsea boot. The brand new one she had paid a nonexistent paycheck for because she needed something both stylish and practical.

The elevator doors closed behind her. She peeked at her boot again. The brown goo went deep into the detailing on the toe. It wasn’t going to be easy to wash off. She had seconds to decide whether to present herself to her new boss wearing fetid shoes or with the battered flip-flops she carried in her bag for a trip to the swimming pool later. The two other people in the elevator wrinkled their noses in disgust and inched away. Flop-flops it was. 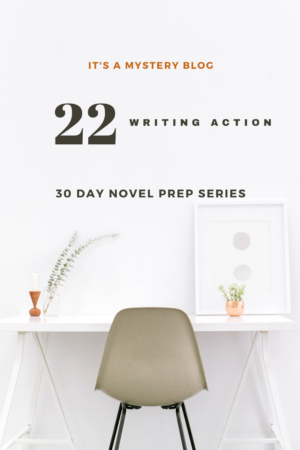