#Amwriting October 28: Where and When of Endings

As we near the finish of our NaNoWriMo (National Novel Writing Month) prep series, it’s time to think about endings.

Where and when do you bring about your ending? Sometimes you might want to put the cart before the horse.

Writing Your Novel From the End

Much of this NaNo preparation series has been oriented toward starting your novel from the beginning of the story. But what about approaching it from the opposite direction? What about nailing your ending, then writing to that goal?

In a recent Writing Excuses podcast, Victoria Schwab revealed she writes the endings of her novels first. To explain why, she uses an analogy of baking. According to Victoria, you need to know whether you are making an apple pie or a carrot cake to decide what ingredients to assemble (although to be fair, genre will guide you to some extent.) Her analogy makes a lot of sense. Having a concrete, well-made product in mind could give you a clearer sense of purpose.

Reverse Engineering in the Middle

On the other hand, for some people knowing the ending can kill creativity or motivation to complete the novel. Even if that’s the case for you, there are times it might be beneficial to work backwards. In a recent webinar, former Police Captain and author Isabella Maldonado suggested reverse engineering as a tactic to get around plot holes or being stuck. For example, if you get stuck at the end of the first act (or whatever plot point you have at 25%), move on to the midpoint. Once you have figured out what needs to happen there, then 25% should come together.

Reverse engineering can apply to any point in the novel. Skip ahead to get unstuck. 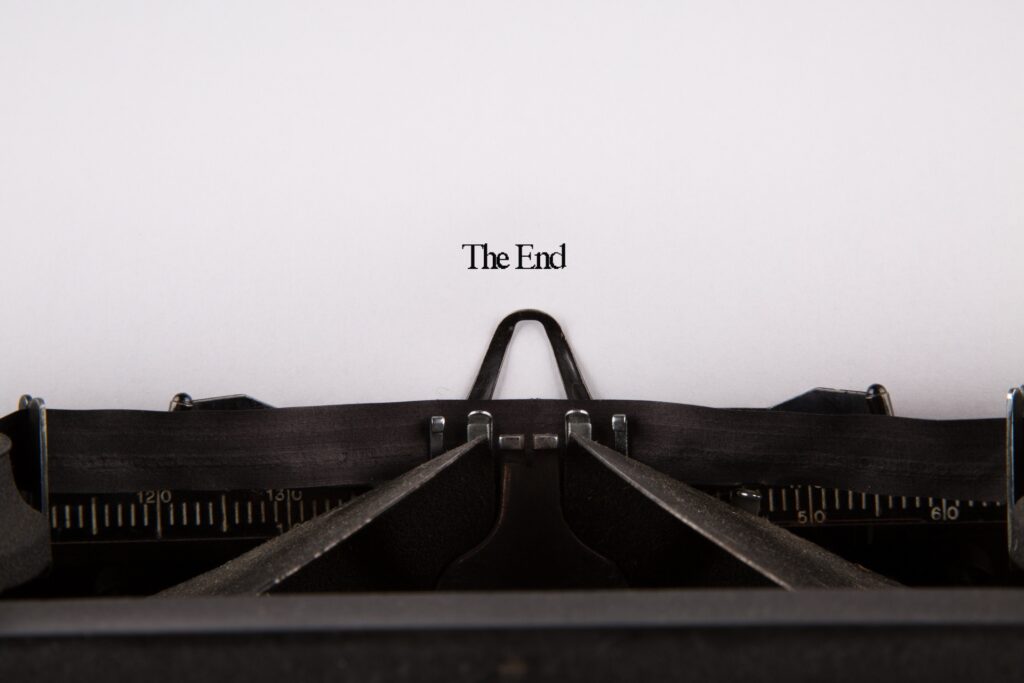 You can also play with endings with prolepsis, which is telling the reader from the start what is going to happen. In this case the story generally follows a normal timeline, leaving the reader to wonder how that ending is going to be true.

A. S. A. Harrison’s The Silent Wife is a stellar example of prolepsis. In this case the protagonist states flat out in the second paragraph of the novel that she is going to kill her husband. The events then unfold in chronological order. It is one of my favorite novels (my review with spoilers).

By definition, thrillers often reveal the killer(s)/antagonist(s) identity early on in the book and the central question is whether the protagonist will be able to catch them. However, we usually don’t know the answer until the end. Author Jeffrey Deaver wrote his thriller The October List with reverse chronology or what he called “a surprise beginning” (PW article). He disclosed the  ending at the beginning of the novel, then journeyed backwards in time to slowly divulge why things were not all that they seemed. That must have been incredibly difficult to plot, which is why he says, “Once is enough for me!”

Now that we are at the end of the post, I hope this has given you some ideas.

Are you going to apply any of these options to your novel? 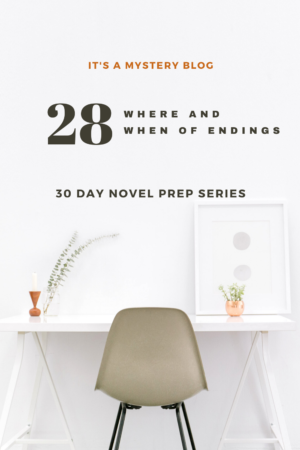